Air Wings is a flying battle game where you pilot a paper airplane and shoot your network opponent using crazy weaponry such as the spit wads, rubber-bands, heat seeking pencils, firecracker bombs, and suction cup darts.

The game is incredibly fun as you fly around trying to gather as much weaponry as possible while avoiding the fire from your opponents. There are 7 different planes to choose from including a totally cool balsa airplane with a rubber-band powered propeller. There are 7 different Multiplayer Battle Levels plus a single-player Training Level. 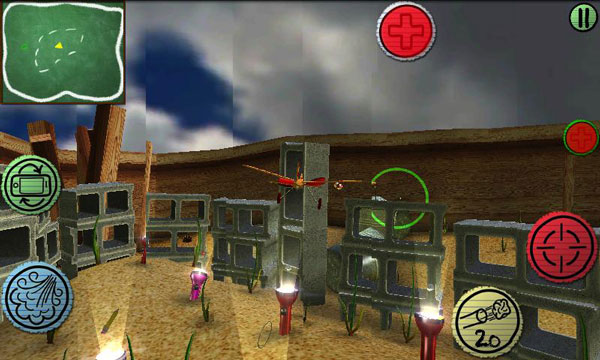