C.H.A.O.S is your opportunity to fly a helicopter gunship in a new military adventure, but in an even more rigorous and competitive environment. If you are an experienced pilot test your flying skills, fighting on the rigid rules of our tournaments with those who already have significant experience in the management of helicopter gunships. If you're new prove that you are a rising star or fall from the sky.

The War never ends.Si vis pacem, para bellum is a Latin adage translated as, "If you wish for peace, prepare for war". Add friends, participate in tournaments, improve combat skills in between tournaments in training missions and online battles, and win awards and titles. 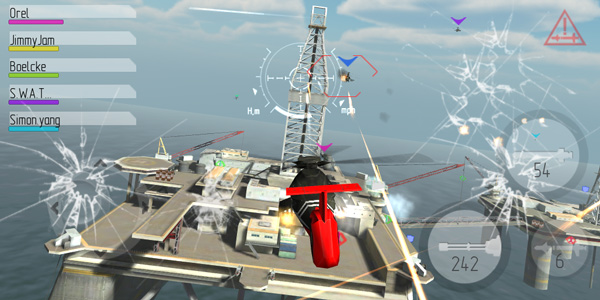