The DCS: P-51D Mustang offers both highly-detailed simulation and easy-to-play "game" mode options for both hardcore and casual gamers. When in simulation mode, this is the most authentic simulation of the P-51D Mustang that has ever been done for the PC. Enjoy both the thrill of flying this warbird and operating its various weapons against a variety of ground and airborne targets.

The Mustang was among the best and most well-known fighters used by the U.S. Army Air Forces during World War II. Possessing excellent range and maneuverability, the P-51 operated primarily as a long-range escort fighter and also as a ground attack fighter-bomber with bombs, rockets, and machine guns. The Mustang served in nearly every combat zone during WW2 and proved to be what many consider the most successful fighter in history.

An interactive training system puts you in the cockpit with an instructor as he walks you step-by-step of learning to fly the Mustang.

A powerful yet easy-to-use mission editor allows you to create your own missions and campaigns. A one-click Mission Generator also allows you to instantly create battles as small or large as you wish.

Fly online with built-in server browser that supports up to 32 players in both head-to-head and cooperative gameplay. Fly online with other DCS aircraft like the Black Shark and the A-10C Warthog.

Features of the DCS: P-51D Mustang: 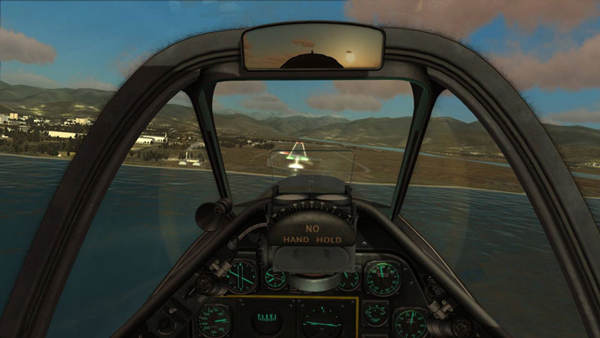